Today I want to share two songs that I like because of the summer feeling it gives me. Warmth, freedom and doing what you want, I'm looking forward to the summer!

Local Natives - Who knows who cares

Bastille - Icarus
I'm loving Bastille's music more and more every time I hear it. This song has an amazing beat and I like the clapping. 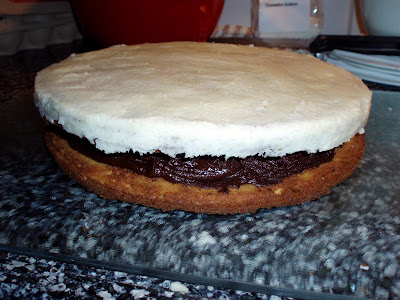 ... did I bake a chocolate coconut cake of which the recipe needs a little perfection and is then ready to be shared, 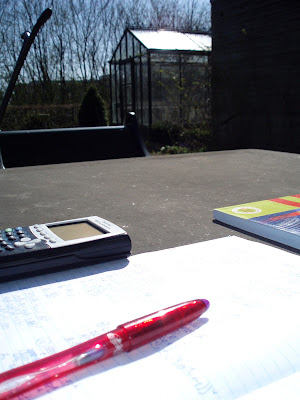 ... did I discover a new tv show called Da Vinci's Demons, which I already like quite a lot, 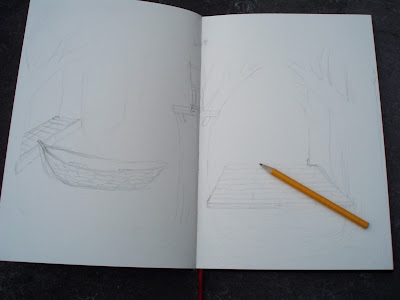 ... and did I make some sketches after I had gotten a new idea for a story.

I hope you also had a great weekend!
Posted by Bregje at 7:57 PM 5 comments:

I found this video quite inspiring so I wanted to share it with you. It's about the way women see themselves. Dove asked women to describe their own face and a stranger did the same. Gil Zamora, who is a Forensic Composite Artist drew both descriptions. It's fascanating to see the difference in the way those women see themselves and how others see them.

Last year I did an internship at a Swedish farm. There I heard for the first time a song by First Aid Kit (they are Swedish). I've loved their music eversince.

First Aid Kit - Lion's roar
This is probably my favorite song of them!

A rose from a stranger 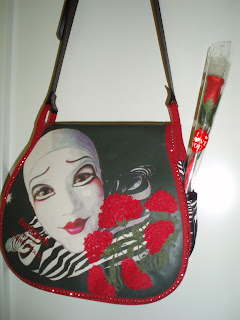 Yesterday my friend Suzan and I went to an openday of an university. We visited a presentation of Nutrition and health, Earth, water and atmosphere and Enviromental sciences. We went there by train and on the way there we both received a rose like this from someone. I love it when strangers do stuff like that, it makes my day.

I'm still not sure what I'm going to do next year. My plan changes almost every day. There is just so much I would love to do! Earth, water and atmosphere and Environmental sciences seemed very interesting, but I'm also still thinking about studying Medicine, Astronomy, Psychology, Rehabilitation sciences or just taking a gap year to travel, work and learn a new language. It's so diffucult to choose! Suzan sugested that I should make a list of all the things that interest me, so that's what I'm going to do.
Posted by Bregje at 8:23 PM 3 comments: 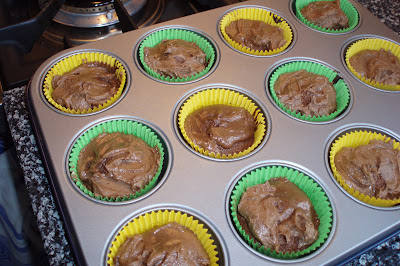 Today I made chocolate cupcakes with frosting. They turned out pretty small, but they tasted so good! I never made frosting before, because I thought it would be difficult to make, but then I found a recipe which seemed supereasy. And it was! The recipe I used can be found here.

Have a lovely weekend!
Posted by Bregje at 8:10 PM 2 comments:

Email ThisBlogThis!Share to TwitterShare to FacebookShare to Pinterest
Labels: Baking

I feel like I'm getting the flu. Bad timing.
Well, maybe some music will make me feel better.

Bon Iver - For Emma, Forever Ago - A Take Away Show
I find this song so incredibly inspiring! I can listen to it over and over again. Especially the part without the instruments is amazing!

Posted by Bregje at 7:08 PM No comments:

I write quite a lot. Usually it's just little pieces, but sometimes it's a bigger story. Rarely do I actually end up finishing them. Somewhere along the way of writing a story I start to feel like it's garbage. I'm always a little scared that my writing isn't good enough, even though I don't actually show my stories to anyone. So today is about confronting a fear: showing my writing to someone else.
I don't feel like reading it to my family just yet, but publicing it here is already a big step. This way a lot more people will probably read it, but mostly people that are strangers to me.

I'm sharing just a little piece with you today. Hopefully it doens't contain to many spelling errors or weird sentence structures. (English is not my native language) And ofcourse it's just fiction.

‘So, who is this guy?’ Valdemar asked. I searched his face. I could see he was trying not to show emotions, but het still looked angry to me. I didn’t blame him. It wasn’t the first lie he had cought me on. There was so much I hadn’t told hem, so much I didn’t want him to know. If I would tell him just this one thing, the whole facade I had created would crumble, and fall apart. I didn’t want that to happen, but I also didn’t want to lose him.
‘Go on, tell me’ he urged. ‘Okay’, I said and I took a breath. ‘I’ve known Alexander for a very long time. He used the work for my dad when I was a little kid’. I looked at him, waiting to see his reaction. He was surprised, as I had expected. I never talked about my dad with him. The only thing that I had told Valdemar about him, was that he was dead. Which was again, a lie.
I didn’t really know how to continue. I knew how to talk endlessly about every lie I had invented, but when it came to the truth, I wasn’t that great. I saw that he was getting a little impatient with me, when I hadn’t said anything for a while. ‘I just… need to figure out how to tell you this. That I’m pausing doesn’t mean that I won’t tell you, because I will’. I sighed and sat down on one of the big rocks that were scattered along the shoreline. Normally I would have minded the cold of it, but not today. The sea was calm and peacefull. Nothing like I felt inside. Valdemar sat down next to me and grabbed my hand. I felt good, and it was also a reassurance that I hadn’t completely driven him away.

Feel free to leave a comment on what you think so far!
Posted by Bregje at 11:27 PM 2 comments:

I believe I was nine or so, when I got interested in the first singer that wasn't part of a childrens band, Dido. I bought 2 cd's of her and listened to them endlessly. When I turned twelve I also got interested in other music and Dido got sort of forgotten to me. Recently I remembered having a cd of her and listened to it once again. It still loved it as much as before. So I went on the internet, and found out that she, after taking 5 years off from recording music, released a new album called Girl who got away.
Her music is a little different than what I usually listen to, but it always has such a nice rythm.

Dido - Life for rent
One of the first songs I ever heard from her.


Dido - No Freedom
From the new album Girl who got away.


I also started with Camp NaNoWriMo. I've set myself a goal of writing 10.000 words in april. It isn't very much, but I think right now it's just more important that I keep writing, than how much I actually write. To reach the 10.000 words in april, I need to write 334 words per day. For now that sounds doable.
Posted by Bregje at 6:30 PM No comments:

Hi! Welcome to my blog. I'm Bregje from the Netherlands and I'm 20 years old. I love creating and designing stuff, nature, music and my friends.

Here you're going to find the things I write, bake, craft and things that inspire me.

I'd love it if you would leave a comment!